How To Make The Perfect Best Man Speech 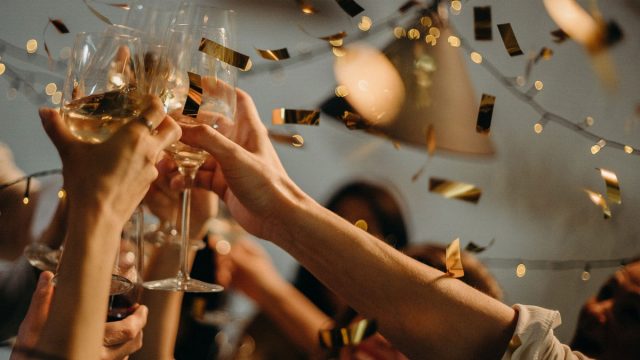 Being the best man seems all fun until you have to write the best man speech. Then, you start to feel the burden of responsibility.

Don’t panic; anyone can manage writing a successful best man speech if they know the rules.

The objective of your speech is to say some nice words about the couple, add a sweet story, and wish your friend a happy married life.

That’s a straightforward plan, but how do you bring it to life?

You can likely recall endless anecdotes involving the groom.

Now, exclude any stories about exes, partying, embarrassing moments… And you’ve got nothing left to tell.

Jokes aside, your speech should be appropriate for the occasion.

That’s why you need to know the best man speech rules, practice, and limit your alcohol intake at the wedding.

This will ensure you a place in the ranks of the greatest men of all time.

Keep in Mind Your Audience

When writing your best man speech, consider your audience. A wedding is a formal event attended by the couple’s relatives, possibly colleagues, and, often, children.

Your speech should not only be appropriate but also appeal to everyone.

Of course, no two weddings are the same. You can go for a funny informal speech for a laid-back backyard wedding, but a sophisticated black-tie event requires a conforming speech.

In other words, the tone of a speech written for a group of close friends and for a 200-guest audience mainly consisting of people you don’t know will be entirely different. And so will be the speech content.

Avoid telling stories the couple wouldn’t like some wedding guests to hear or inside jokes guests wouldn’t get.

For instance, mentioning the groom’s preference in women may embarrass the couple, and no one apart from the groom will understand your joke from the third grade.

It’s also great to thank the groom’s and bride’s parents and everyone else involved in organizing the wedding, such as the maid of honor, to express your respect to those sitting in the audience.

Your speech should be consistent. Pick a style and stick to it. Of course, your audience should be a major factor in choosing the speech style, but so should be your personality and the couple’s preferences.

The style is what ties the entire speech together. All your stories, puns, and wishes should be unified. Jumping from witty jokes to emotional wishes may be seen as odd.

Short and humorous best man speech is a risky path since you need to make sure your jokes are funny to everyone and not embarrassing.

However, it has a lower chance of getting awkward or boring than a long heartfelt speech.

If you aren’t a particularly humorous person, leave the jokes as quick icebreakers and follow the traditional best man speech structure.

Introduce yourself, say thanks to the couple and their parents, include a short and sweet story, and end with wishes and a toast.

A great idea is to coordinate your speech style with the maid of honor. You can either opt for similar speeches or, on the opposite, let her read a long and sincere speech and leave the humorous part to you.

How to Start the Speech

The intro is, perhaps, the hardest part of any speech. So, how should a best man speech start?

Traditionally, the best man speech should start with introducing yourself. Remember that many guests will see you for the first time in their lives. Tell your name, your role in the wedding, and your relation to the groom.

Next, address the audience – thank everyone for attending and, optionally, express especial gratitude to those organizing the event. Congratulations, you now have the first couple of lines written down.

Even if you’ve chosen a traditional, formal best man speech style, don’t be afraid to include a joke or two to break the ice.

For instance, you can use homophone jokes, such as “It’s been an emotional day, even the cake is in tiers.” Such a joke is appropriate and understandable for everyone in the audience.

Think of Your Friendship

While the best man speech should merely focus on the newlyweds, start with telling something special about the groom in the context of your friendship. It shouldn’t be something obvious that everyone in the audience knows.

As his best man, you likely know him better than anyone else (perhaps, apart from the bride, but this can be debated). Talk about why he’s a great person and why the bride is lucky to have him by her side.

Instead of telling generic phrases such as “he’s smart,” include a story that describes just that. However, remember that the story shouldn’t revolve around you too much and shouldn’t take up half of the speech.

Don’t Forget About the Bride

One of the most common mistakes in best man speech is neglecting the bride. This is her special day, not yours (well, to some degree – being the best man is a real honor). Start with complimenting the bride’s appearance.

Then, include a short story involving the bride that showcases the newlywed relationship. You can tell how you first met and what you thought about her, but keep in mind – the bride shouldn’t be the subject of ridicule.

There are exceptions, of course. If the bride has become a close friend to you and she loves to laugh at herself, go ahead with your puns. Still, you may want to discuss them with the groom beforehand.

The average length of a best man speech is three minutes. Some keep it even shorter, limiting the speech to a minute – but an overly short best man speech may be considered lazy by the guests.

Still, an overly long best man speech is even worse. Firstly, the event isn’t about you, and you shouldn’t steal the audience’s attention from the couple. This isn’t stand-up.

Secondly, a long speech may get boring. Anything longer than seven minutes is far too long.

Most importantly, long speeches are typically long without any good reason. They tend to include unnecessary details or anecdotes that require five-minute intros.

Thus, go through your speech a couple of times searching for redundant moments.

The length of a best man’s speech also depends on your talking pace. Don’t rush in an attempt to include more words in a shorter timeframe. Talk at your normal pace, make sure that your speech is distinguishable.

I’ve already mentioned some things to avoid in a best man speech, such as past relationships and inside jokes. But the list is much longer and not always that obvious.

Certain people in the audience should be off your punch radar. These include the bride and her family, the groom’s family, and anyone you don’t know well.

You can joke about other close friends in the audience, but only if it fits the context and doesn’t take much time. Furthermore, you should clearly distinguish between funny and offensive puns.

When complimenting the bride, don’t go overboard. You can tell that she looks beautiful, but don’t tell she’s “hot,” better than your girlfriend, or try to propose to her, even as a joke.

Avoid talking too much about yourself – this may be seen as narcissistic. Don’t antagonize the elderly generation to the young, treat them with respect.

And by no means should you include intimate jokes or mention intimacy with the bridesmaids.

Don’t tell anything negative about marriage in general and the couple’s relationship in particular.

For instance, don’t tell “I’m happy to see *bride and groom* getting married, especially after *groom* made her wait for eight years. Let’s drink for her patience!”.

Some people are born talented orators; most of us, however, need to practice public speaking.

Dedicate enough time to practicing in front of an audience to make sure you’re confident, don’t forget the words, and don’t start laughing awkwardly at serious lines.

Practicing in front of an audience can help you spot redundant commentaries, unfunny puns, or simply odd moments in your speech.

By reading it out loud you can also accurately calculate its duration and memorize the text better.

Ask your mom, girlfriend, or friends for an opinion. Don’t be hesitant to do so – better to know about issues in advance and fix them than find out that your speech has failed while reading it at the wedding.

Limit Your Drinks Before the Speech

Being the best man can be nervous, and it’s okay to have a couple of drinks to be more confident. But know your limits. Don’t embarrass yourself and the newlyweds with slurring through your toast or inappropriate remarks.

Best men who’ve had too many drinks often include unplanned comments they find funny, go overboard with the speech length or even forget the words completely.

You don’t want the groom to explain and apologize for your behavior to guests and the bride.

Remember that you don’t end being the best man once your speech is over. Behave accordingly to the event and your role in it throughout the entire event.