Why Are Wedding Rings Worn On The Left Hand? 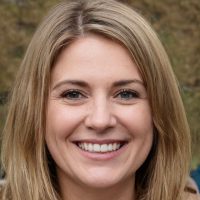 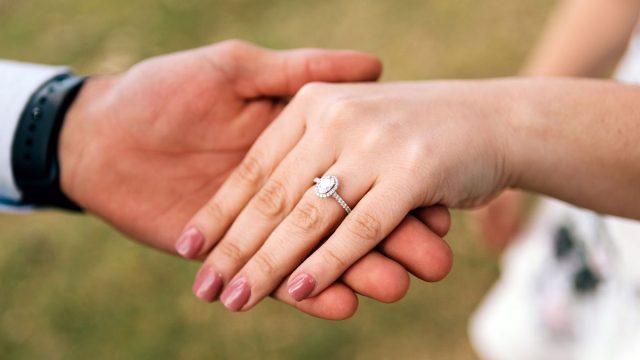 When the time to choose wedding bands comes, many brides start wondering why they should wear a wedding ring on the left hand.

How did the tradition arise? Can you wear it on a different finger or hand?

It’s a justifiable concern. Decision on which finger to wear a wedding ring on affects the choice of ring size. It can also serve as a sign of respect to traditions or, on the opposite, to challenge them.

Some brides find wearing a wedding ring on the fourth finger of the left hand uncomfortable. Thankfully for such brides, we don’t live in Middle Ages, and the rules aren’t as strict anymore. So you can wear a wedding band on any finger you wish to.

As for history, the most common version of why a wedding ring is worn on the left hand is the vena amoris theory.

It dates back to Ancient Egyptian times but is proven to be a myth by modern biology. Still, the narrative is romantic, and a bit of symbolism doesn’t hurt anyone.

Wedding ring traditions in most countries were majorly influenced by religion.

Therefore, people in some countries wear their rings on the right hand, index finger or thumb, or don’t wear them at all. The world is diverse, and so are the customs.

Vena amoris is the most common explanation to why wedding rings are worn on the left hand. If you’re unfamiliar with this term, “vena amoris” means the love vein.

Ancient Egyptians believed the fourth finger of the left hand has a vein that leads right to the heart. Thus, a ring on this finger is tightly connected with the owner’s most intimate feelings.

A diamond ring on the fourth finger of the left hand symbolized eternal love.

The first known documented mention of vena amoris was made by Macrobius, who lived in 395-423 AD, even before the blood circulatory system was studied.

At that time, Macrobius viewed vena amoris as a magical rather than a physical phenomenon.

Later, vena amoris was mentioned in the works of Christian philosopher Saint Isidore of Seville, who lived in the 560-636 years of the modern era. He wrote about vena amoris as the bond of love.

The idea of vena amoris is commonly associated with Ancient Romans.

However, not all Romans agreed on wearing the wedding ring on the fourth finger of the left hand. So, Pliny the Elder, a first-century Roman philosopher, preferred to wear it on the pinkie.

Even a thousand years later, in 1686, the same phenomenon was believed to exist by Henry Swinburne. His “A Treatise of Spousal or Matrimonial Contracts,” which was created as a legal paper, supported the theory of Ancient Egyptians.

While vena amoris was frequently mentioned throughout human history, today its spiritual and physical connection to the heart is considered a myth.

This is because there’s no vein named so and no particular vein that leads directly to your heart. Instead, all our hand veins are connected to our heart through the circulating system.

Regardless of whether the vena amoris exists, it has established a multiple century-long tradition that’s followed in many cultures to this day.

The fourth finger of the left hand is commonly called the ring finger, but not everyone knows why and how far back the term traces.

This name was first documented around 450 years ago, which is only a short moment compared to the whole history of wedding rings. Prior to Reformation, the wedding ring was worn on the right hand as it was associated with power.

The Church of England inflicted the decision to wear a wedding ring on the left hand. It was stated in “The Book of Common Prayer,” introduced around 1549 after the Anglican Church separated from the Catholic Church.

But throughout history, wedding rings have also been worn on each finger, including thumb, middle, and index fingers.

Until King Edward VI of England has made the fourth finger of the left hand mandatory for wedding rings, they were worn on the thumb.

According to old beliefs, thumb rings protected the owner from evil spirits. In Ancient Greece, they were a sign of power, wealth, and masculinity. But in Renaissance times, thumb rings represented dedication, eternal love, and loyalty.

By Jewish tradition, during a wedding ceremony, the wedding ring was put on the bride’s right-hand index finger. However, modern rules allow the bride to wear a ring on the middle finger or thumb instead.

After the ceremony, the ring moves from the right to the left hand. Orthodox Jewish men usually don’t wear wedding rings.

Jewish culture isn’t the only one where the ring is worn on one hand but moved to the other after the wedding ceremony.

The same tradition persists in Turkey, Lebanon, Syria, Romania, and Brazil. But in these countries, the ring is worn on the fourth finger rather than the index finger or thumb.

Today, the wedding ring is worn on the left hand in most Central and Western European countries, including Belarus, Bulgaria, Ireland, France, and Italy. The same tradition persists in Chile, United States, Canada, and the United Kingdom.

The practice of wearing a wedding ring on the left hand was initially dictated by religious writing. But in the modern world, many non-religious people follow it only because it’s the tradition that their parents passed over.

Tradition isn’t the only reason people in modern society still prefer to wear wedding rings on their left hand.

It’s commonly considered more practical, especially for right-handed individuals. In addition, as right-handed people tend to do less work with their left hand, the ring is at lower risk of getting damaged.

Furthermore, a wedding band on the ring finger of the left hand is a clear indicator of your marital status to others.

Showcasing your wedding ring is the best way to avoid awkward situations. When worn on a thumb or index finger, some people may confuse it with a regular jewelry piece.

Wearing a wedding band on the index finger or thumb isn’t common these days, and most of the world’s population choose the fourth, “ring” finger. However, when it comes to choosing the hand, countries divide into nearly two even halves.

Not the whole of Europe wears wedding bands on the left hand. Most Eastern European countries and some Central European wear it on the fourth finger of the right hand.

This tradition is closely tied with the Orthodox religion, which is prevalent in these territories.

You may wonder why do Orthodox wear wedding rings on the right hand. To understand this phenomenon, I should share the words a priest says during a wedding ceremony:

“Your own right hand, O Lord, armed Moses in the Red Sea. Yea, by the word of Your truth, were the Heavens established and the earth set upon her sure foundations; and the right hands of Your servants shall be blessed by Your mighty word, and by Your uplifted arm.”

So, Orthodox religion views God’s hands as a foundation for the earth. Therefore, a wedding ring is worn on the right hand to symbolize God’s help and protection. Furthermore, Orthodox customs state that the devil sits on the left shoulder.

The tradition to wear a wedding ring on the right hand in European countries is dictated by religion. Thus, many young, non-religious people in these areas follow Western tradition and wear their rings on their left hand.

Apart from some European countries, wearing a ring on the right hand is common in Colombia, Peru, Cuba, and Venezuela.

Wearing a wedding ring on the right hand is more practical for left-handed individuals. As they do more work with their left hand, the ring damages less over time.

A Bit of Both

In Sinhalese and Tamil traditions, the bride wears her wedding ring on the fourth finger of her left hand but the groom on his right hand. In some cultures, including Islamic and Indian, the ring may not be worn at all.

Many countries in Europe don’t feature a specific tradition regarding the wedding ring finger. The population has different opinions on this matter due to varying religious views.

Such countries include Germany, Latvia, and the Netherlands. But Europe isn’t alone in this – Colombians can’t come to an agreement, too.

Overall, the modern culture of most countries allows you to choose a finger that you prefer regardless of the tradition. Some exceptions include strictly religious or conservative families.

Of course, supporting a practice established in your family for decades or centuries is excellent. But there’s nothing wrong with wearing a wedding band on the finger and hand that you find the most comfortable and visually appealing.

Moreover, the choice of an alternative finger for a wedding band signals the bride’s unique personality and braveness.

Most couples who believe in symbolism and follow matrimonial etiquette wear their rings on the fourth finger in the US. However, this isn’t a legal requirement, and you can wear the ring on any other finger or not wear it at all.

Recommended Articles
How Long Does it Take to Resize a Wedding Ring?
Hello, I'm Kate